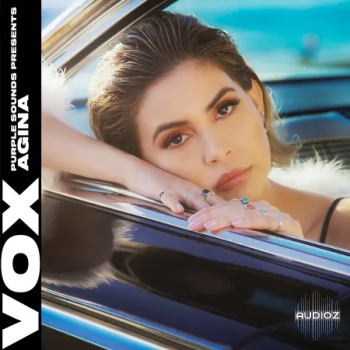 Blessing us with hit making RnB hooks, silky adlibs, both English and Spanish words and phrases, Agina brings her own unique stamp to the VOX stage. With tonal similarities to that of Demi Lovato, Sinead Harnett, and a vocal range that has had her compared with a young Mariah Carey, Agina’s star quality lies in her vocal ability to compliment multiple genres of music from Pop, RnB to Rock.

As a Mexican/American and a native of Los Angeles, Agina was born and raised in a musical family. As an already accomplished artist, Agina has a string of production and record deals under her belt, has performed live at the Apollo Theatre in New York and Sabado Gigante in Miami, and has toured around the US after signing a deal with Ruthless Records, playing her hit single ‘Somos Mar Y Arena’.

Her songs have been featured in several reality and TV shows such as Showtime and MTV. In 2014 she was a finalist on the musical show La Voz Mexico representing team Ricky Martin, who later invited her to tour Mexico together with him.

Dig into this electric vocal collection from Purple Sounds and Agina to make your next hit.