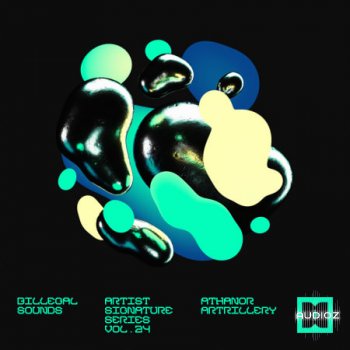 FANTASTiC | 28 October 2022 | 267 MB
Billegal Sounds is proud to present their 24th entry in their featured “artist series”: “Artrillery” by Athanor.

Athanor is the latest incarnation of an old school producer from the early 2000’s California music scene – an originator in bass oriented hip-hop and psyphy underground sounds.

With releases on Addictech, an underground staple label amongst some of the greatest artists, Athanor has had a never ending passion to gather people for hosting freaky, niche underground events, as well as rocking the stage at large scale raves. He is the audio chameleon that has been deep in the community and long-since inspired artists that are household names today.

Athanor has been featured in COMPLEX/NOISEY and on Billboard’s Top Ten Up and Coming, featured in production alongside Mac Miller on an album for PA artist Ryshon Jones, and as a collaborator with artists ranging from Cali’s iconic Thizz Ent. to working with Emcee’s from the US, UK, CA, and Jamaican superstar Sizzla, amongst other JAM artists.

Now bringing to the table a deep dive into heavy analog soundscapes, navigating sonic landscape, and technical creativity with both Neuro and hip-hop influences, this sample pack is sure to add the energy and speaker-cone shredding sound design your tracks have been aching for.